What you should know to start creating digital products for the mobile-first world.

The mobile dominates. There are way more mobile phones than desktop devices, and they generate more internet traffic. Looking across the chart that represents platform comparison worldwide, we can see how the so-called Post-PC era was coming: 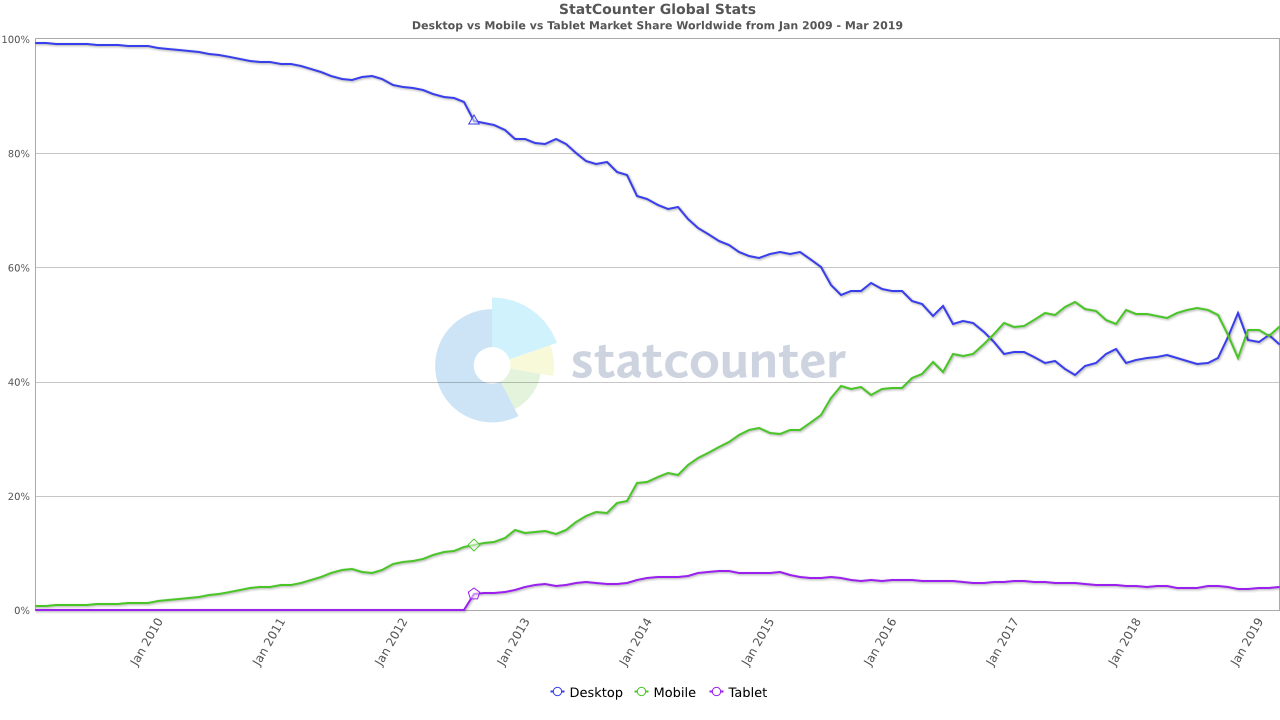 At the turn of 2016 and 2017, the mobile took over the lead, and there is no indication that this trend is changing any time soon. The graph presents internet traffic only, but there are also native applications. With that in mind, we can say that the mobile is the king of digital.

Currently, we have a duopoly. There are two important mobile operating systems: Android developed by Google and iOS created by Apple. According to StatCounter GlobalStats, their current market share (March 2019) is respectively 75.28% and 22.38%. 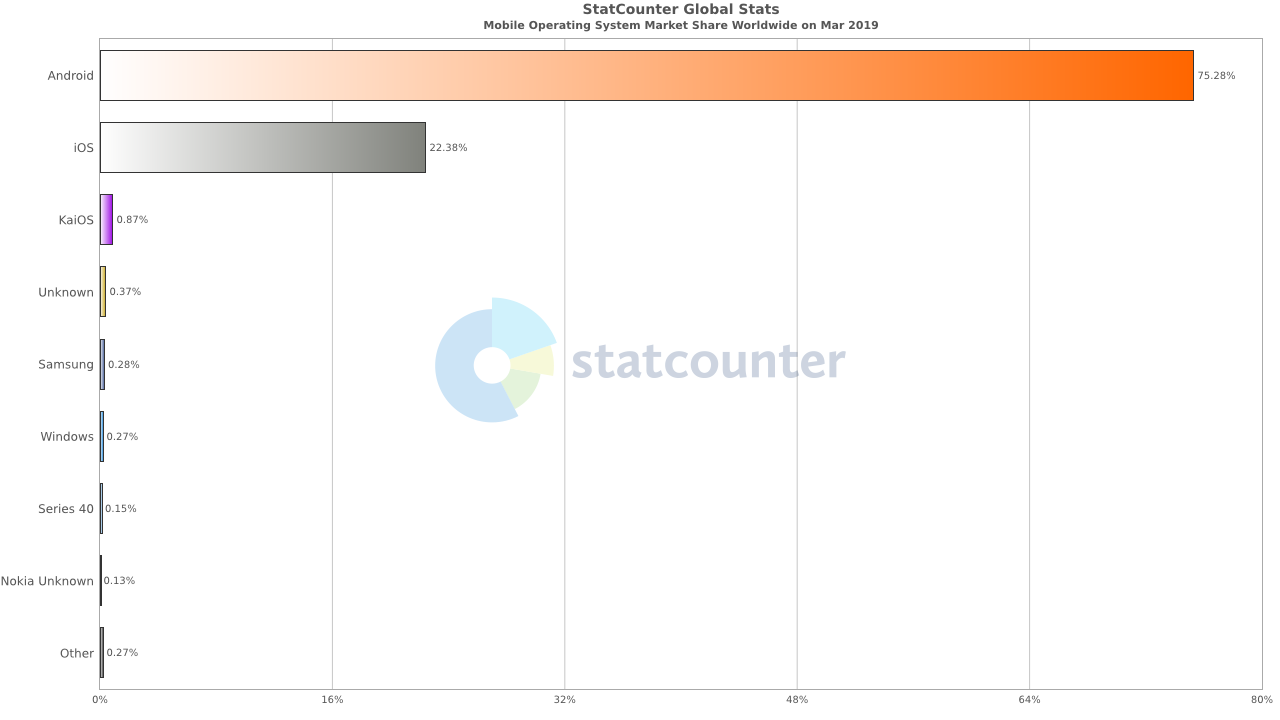 While two dogs are fighting for a bone, a third runs away with it, right? Not in this case. The situation of the other players has never been so bad. Two percent market share is a margin, and it will not be easy for them to win the developers over.

To ensure a consistent experience for native apps users, the creators of these operating systems provide us with some general guidelines that you can follow while designing. Google Material Design refers to Android, and Human Interface Guidelines applies to iOS. Be sure to bookmark these pages as you will often come back to them during your work. Poke around and get familiar with the naming, design and usability patterns. Good to know that these documents are updated frequently, so check them out from time to time to keep abreast.

You should treat these guidelines as mere suggestions rather than set-in-stone instructions. They are to help you, but it doesn’t mean that you cannot break them. You can even mix conventions and apply some elements characteristic of one platform to another. Have you ever tried to compose a message in the LinkedIn app on iOS? See, that’s what I mean.

If you have only used one platform, let’s say you are Android primary user, and you want to design for iOS, I strongly recommend you to switch for some time. You’ll get to know the look and feel of UI and better understand its users.

The process of designing a mobile application is not much different from what it looks like with other digital products. To a very large extent, it proceeds as follows:

Since the point when digital became the dominant channel beating paper, in my opinion, no other toolkit has developed as dynamic as those dedicated to UX and UI designers. I can distinguish two major trends. Firstly, the monopoly era is over: although you can indicate the primary tool for each design stage above, it changes rapidly. For instance, Sketch is challenged by Figma and Adobe XD, which attract more and more designers. Second: tools become self-sufficient, which means that you can cover the whole design process using only the selected one: just take a look at the InVision Studio.

The Specifics of Mobile App Design: Think About Limitations…

Somewhere I’ve read that creativity is only possible where there are limitations. Designing for mobile phones, you should take these into consideration:

Mobile apps are related much more to the devices than traditional desktop or web applications. You have that great opportunity to immerse your users into a product by making the software and hardware indistinguishable. Consider gestures as a way of navigation. Remember that almost all the modern devices are equipped with a camera and a microphone - think about them as alternative methods of entering the data. Think through how your layout will adapt to the portrait and landscape device orientation.

Once you decided that a mobile app is going to be a part of your digital strategy, you should think about what role it plays in it. Whether it’s going to be the primary touchpoint for your users or a complementary to another platform or a service, it will determine the overall direction that your design should follow.